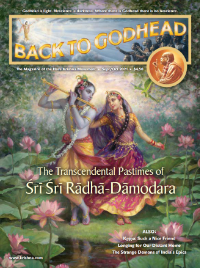 WELCOME  In this issue we celebrate the sacred month of Damodara, or Karttika, which begins toward the end of October, with an extensive article by Satyaraja Dasa that deals not only with the famous pastime of Krishna’s being tied to a grinding mortar by His mother, but also with Krishna’s relationship with Srimati Radharani. The supreme divine couple is known by many names, one of them being Radha-Damodara.

Like many of Krishna’s familiar pastimes, the Damodara Lila is narrated in the Tenth Canto of Srimad-Bhagavatam, which devotes ninety chapters to Krishna’s life on earth fifty centuries ago. Garuanga Darshana Dasa presents a canto-by-canto overview of the Bhagavatam, the work regarded as a form of Krishna Himself.

In his opening lecture, Srila Prabhupada tells of Krishna’s devotee Yudhishthira’s eagerness to hear everything about Krishna, with Prabhupada’s own pure devotion being evident as he speaks of “Krishna: Such a Nice Friend.”

Jitentra Savanur, in “A Superior Definition of Mukti,” discusses the topic of liberation. Some groups of transcendentalists aspire for the impersonal liberation of merging into the Absolute. But pure devotees want only the liberation that is a byproduct of mature love for Krishna. 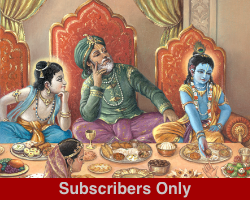 A Superior Definition of Mukti

A prominent topic of the Vedic literature is “liberation,” a word with various meanings. By Jitendra Savanur Ultimately, the Vedas ...
Read More 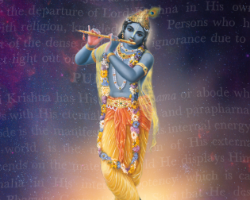 We are advised to read the Bhagavatam from the beginning and progress gradually to the Tenth Canto, Krishna's lovely face ...
Read More 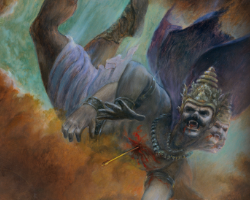 How to view the seemingly impossible entities in the epics in a way that allows the valuable lessons of these ...
Read More 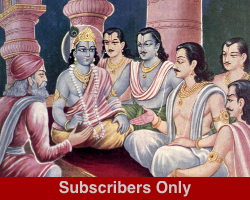 Krishna: Such a Nice Friend

When Vidura returns to Hastinapura, King Yudhishthira is eager to hear all about Krishna, now living in Dwarka. By His ...
Read More 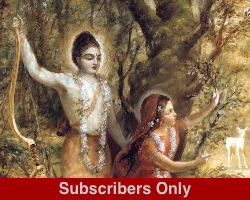 The Royalty of Loyalty in Modern Society

A call for loyalty in all our relationships. By Mathura Vasi Devi Dasi Conversations overheard at the gym inspire the ...
Read More 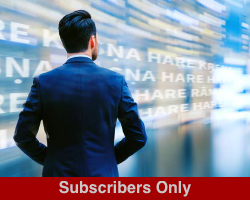 As practicing devotees, we must use modern technology with care that it doesn’t use us. By Rukmini Vallabha Dasa If ...
Read More 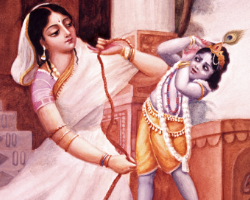 Ropes of Rapture: The Transcendental Pastimes of Sri Sri Radha-Damodara

Lord Krishna's Damodara Lila is filled with devotional lessons and insights for devotees at all levels. By Satyaraja Dasa “Love ...
Read More 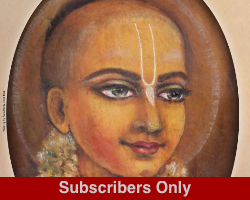 Srila Jiva Goswami entrusts three of his dearest students with one of the most important missions in the history of ...
Read More 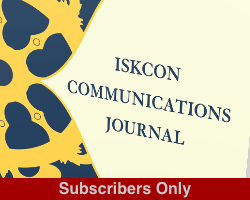 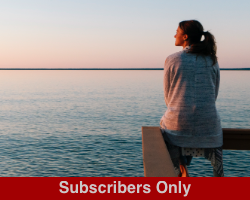 Longing for Our Distant Home

People who aspire to leave this world of misery may find ourselves stuck in the cycle of enjoyment and renunciation, ...
Read More
Page load link
Go to Top