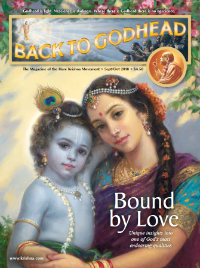 WELCOME  This issue corresponds with the sacred month of Damodara and a two-day celebration: Sri Krishna Janmashtami and the appearance day of His Divine Grace A. C. Bhaktivedanta Swami Prabhupada. In “Bhakta-vashyata: Bound by Love,” Gauranga Darshana Dasa explains how Krishna delights in being controlled by His most intimate devotees. To illustrate this theme, the author draws on the episode in Lord Krishna’s life in which His mother bound His waist (udara) with a rope (dama). That’s why Krishna is known as Damodara.

Another much-loved name for Krishna is Govinda. In “‘O Govinda Within My Heart’: Krishna’s Long Journey from Braj to Brooklyn,” Satyaraja Dasa, who came to Krishna consciousness in Brooklyn, where the presiding deities in the Hare Krishna temple are named Radha-Govinda, shows how Govinda has revealed Himself in His deity form at various times in history, beginning shortly after Lord Krishna’s departure from this world.

Srila Prabhupada’s goal in life was to inform as many people as possible about Lord Krishna and His teachings. One of his many disciples who have earnestly taken up his mission is Bhaktimarga Swami, who recently completed a walk across the USA, delivering Krishna to all who met him or heard about his journey in various media reports. 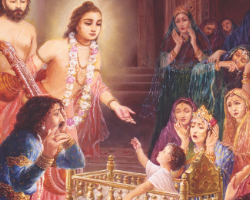 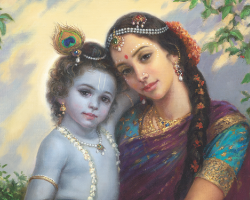 Vaishnava scriptures provide unique insights into one of God's most endearing qualities. By Gauranga Darshana Dasa The greatest servants of ...
Read More 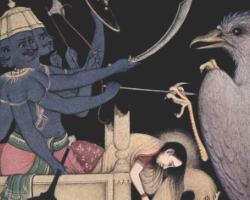 A memorable character in the drama of the Ramayana gives his life and receives a priceless reward. By Chaitanya Charana ...
Read More 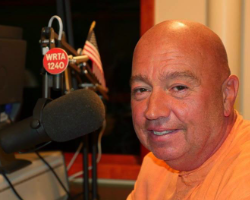 Out Walking in the USA 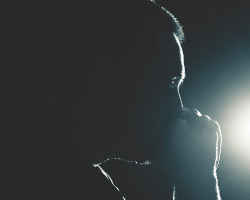 When approached with the right attitude, life's challenges can nurture our spiritual growth. Adi Purusha Dasa A change of perspective ...
Read More 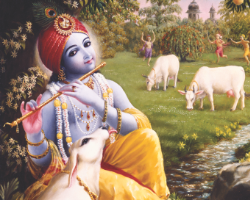 “O Govinda Within My Heart”: Krishna’s Long Journey from Braj to Brooklyn

Krishna in the form of Govinda is eternal, but He has revealed Himself in the course of history. By Satyaraja ...
Read More 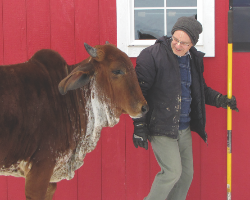 A painful misstep in a British Columbia barn inspires thoughts about a universal law. By Yoginatha Dasa For those who ...
Read More 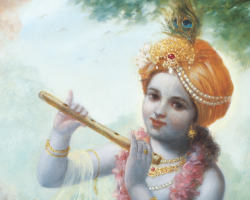 The Only Way to See God

Srila Prabhupada explains that although formulas recommended for transcendental realization may help us progress, they fall short of the ultimate ...
Read More
Page load link
Go to Top