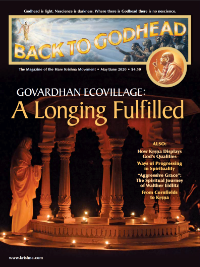 WELCOME  When Srila Prabhupada incorporated the International Society for Krishna Consciousness in New York City in 1966, he listed as one of the purposes of the corporation “To erect for the members and for society at large a holy place of transcendental pastimes, dedicated to the Personality of Krishna.” Prabhupada’s disciple Radhanath Swami spent his early years at one such “holy place of transcendental pastimes” – New Vrindaban, ISKCON’s farm community in West Virginia. He has now lived in India for many years and has long wanted to create a Krishna-centered rural community there. His disciples have helped him fulfill that desire, and the cover story in this issue gives us a look at the result: Govardhan Ecovillage in the Sahyadri mountains of Maharashtra.

Perhaps the most prominent characteristic of Srila Prabhupada’s devotion to Lord Krishna was his dedication to spreading Krishna consciousness. When complimented on his success, he would always credit his guru, Srila Bhaktisiddhanta Sarasvati, who urged his disciples to carry Lord Chaitanya’s teachings beyond India’s borders. Srila Prabhupada would sometimes mention a German godbrother of his named Sadananda Swami. In this issue, Satyaraja Dasa tells the story of Walther Eidlitz, an Austrian student of Sadananda Swami and one of Europe’s first Gaudiya Vaishnavas. 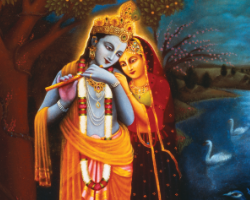 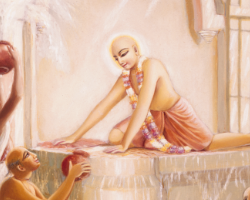 Cleanliness: Why It’s Important and How to Attain It

A disciple of Srila Prabhupada recalls some cleanliness practices that Prabhupada prescribed for a life in Krishna consciousness. By Krishnanandini ...
Read More 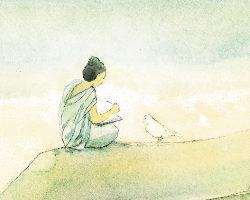 Chanting in a Devotional Relationship

Sambandha (“relationship”) is an inner orientation for chanting Krishna’s name that brings us into His presence. By Sachinandana Swami If ...
Read More 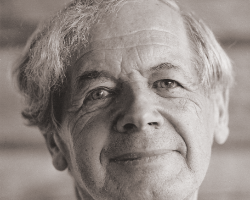 An Austrian truth-seeker in India discovers Gaudiya Vaishnavism at a WWII internment camp. By Satyaraja Dasa A fortuitous encounter in ...
Read More 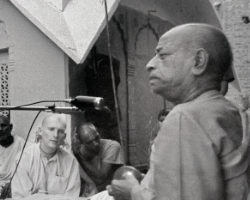 Ways of Progressing in Spirituality

A close look at the three yoga processes of shravana, manana, and nididhyasana reveals that they’re included in the nine ...
Read More 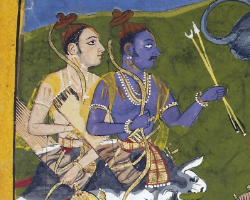 While Ravana coldly discarded the fallen soldiers in his army, Lord Rama cherished the sacrifices of His monkey warriors. By ...
Read More 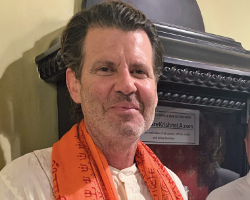 “I hope they don’t come up to me,” I thought on seeing devotees for the first time. “It would be ...
Read More 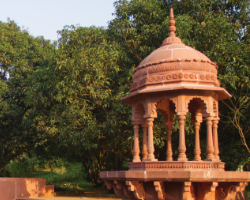 This Krishna-centered village in India’s Sahyadri mountains arose from the desire to fulfill one of Srila Prabhupada’s primary aims for ...
Read More
Page load link
Go to Top