The answer to the question “Is there life after death?” is self-evident when we understand what life is.

“Life exists not because of a functioning body, but despite being in an inherently dead body.”

Life after death is a popular philosophical topic with varying opinions about its possibility. The Bhagavad-gita is clear about it – life is eternal, unimpeded by death.

“As the embodied soul continuously passes, in this body, from boyhood to youth to old age, the soul similarly passes into another body at death. A sober person is not bewildered by such a change.” (Gita 2.13) 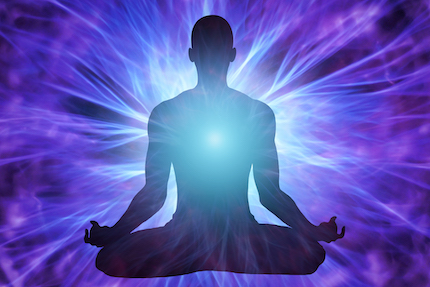 Before we discuss this further, it helps to ponder about life before death. Not only is this a more immediately relevant concern, but, in fact, this analysis forms the basis of any discussion on the afterlife. The before holds the key to the after.

What characterizes life? If life is just about pumping of the heart and activity of the brain, then absence of these two can be called death. But life is more than the functioning of an electrochemical, mechanical system; life is about consciousness – about thinking, feeling, desiring. Life is about the ability to perceive. Consciousness is what differentiates a man from a machine, a living being from a dead body.

No characteristic of matter (atoms, molecules, electrons, etc.) suggests that it can be the source of consciousness or the seat of perception. What, or who, is it that perceives or is conscious? For example, a periscope helps me see beyond a high wall, but I can see not because of the periscope, but because I have eyes that can see. The periscope is merely the medium through which the light rays reach my eyes. Similarly, my eyes are merely an arrangement of atoms that allows light to pass through. I see what I see, not because of the atomic arrangement of my eyes, but because I have the ability to perceive and make sense of the incoming light.

“The soul can never be cut to pieces by any weapon, nor burned by fire, nor moistened by water, nor withered by the wind.” (Gita 2.23)

“This individual soul is unbreakable and insoluble, and can be neither burned nor dried. He is everlasting, present everywhere, unchangeable, immovable and eternally the same.” (Gita 2.24)

Essentially these verses emphasize that the soul, the conscious resident of the body, is unaffected by material forces. This is because it is not in the jurisdiction of matter; it is nonmaterial.

Life in a Dead Body

“The living entity, thus taking another gross body, obtains a certain type of ear, eye, tongue, nose and sense of touch, which are grouped about the mind. He thus enjoys a particular set of sense objects.” (Gita 15.9) For example, going back to the periscope example, how well I can see beyond the high wall depends on how clean the lens of the periscope is. Even if my eyesight is perfect, a dirty lens will hamper my perception. Thus, to define life in terms of a pumping heart and an active brain is like defining eyesight in terms of the condition of the periscope. Just as my fundamental ability to see does not depend on the periscope, the soul does not depend on the body for any of its fundamental abilities.

Since the soul, characterized by consciousness, does not depend on anything that makes up the body while it is in the body, we understand that the soul does not need the body for its existence. The body is merely a lump of matter; it is always dead. Life is when a soul occupies a body and animates it; death is when the soul moves on to leave behind a dead lump of matter – the body.

Life exists not because of a functioning body, but despite being in an inherently dead body. If life exists even before death, it surely exists after death.

When we understand that the soul leaves behind the dead body, we may intuitively believe that it is then totally free. But this is not true. The soul retains its subtle body even after shedding the gross body. The subtle body is the combination of the materially conditioned mind, intelligence, and ego. The mind is a reservoir of thoughts, memories, and desires. The intelligence is the ability to choose. The ego is what the soul thinks itself to be. Just as the ability to see is a fundamental aspect of the soul, so are mind, intelligence, and ego. A materially conditioned ego causes the soul to identify itself with a specific material gross and subtle body, for example, “I am an Indian urban sophisticated human being.” The intelligence and mind get conditioned according to this conditioned ego. The real situation of the conditioned soul is that of a soul transmigrating from one temporary body to another.

The state of the subtle body at the time of death determines which type of gross body the soul will get next. This is known as the process of transmigration of the soul from one body to another.

“Whatever state of being one remembers when he quits his body, O son of Kunti, that state he will attain without fail.” (Gita 8.6) Srila Prabhupada explains in the purport: “The process of changing one’s nature at the critical moment of death is here explained. . . . How can one die in the proper state of mind? . . . Of course, one’s thoughts during the course of one’s life accumulate to influence one’s thoughts at the moment of death, so this life creates one’s next life.”

Total freedom, known as liberation (mukti), is possible when the subtle body gets dissolved by spiritual practices – in other words, when the soul escapes the process of transmigration from one material body to another due to being free from material contamination.

A materially contaminated soul is under the influence of the three modes of material nature – sattva, rajas, and tamas. When the soul desires to seek enjoyment away from God, Krishna, it suffers in the material world, where the three modes of nature influence everything. Material nature – maya – is an energy of Lord Krishna and cannot be overcome unless one takes shelter of Him. Taking shelter of Krishna is the process of bhakti-yoga.

“This divine energy of Mine, consisting of the three modes of material nature, is difficult to overcome. But those who have surrendered unto Me can easily cross beyond it. (Gita 7.14) When the subtle body is thus dissolved, death does not lead to another gross body. Death becomes the gateway to an eternal deathless life in one’s original spiritual form. Thus, life before death determines life after death. An ignorant materialistic life leads to death after death in different material bodies, while an enlightened spiritual life of devotion to Krishna leads to a deathless eternal life in the spiritual world with Krishna and His innumerable spiritually perfect associates. This is Krishna’s promise.

“Therefore, Arjuna, you should always think of Me in the form of Krishna and at the same time carry out your prescribed duty of fighting. With your activities dedicated to Me and your mind and intelligence fixed on Me, you will attain Me without doubt.” (Gita 8.7)

This perfect choice of life before death leads one to a perfect life without death.