Spiritual practices and a healthy planet go well together.

The ecological challenges we face today demand a solution that goes to the root of the problem. 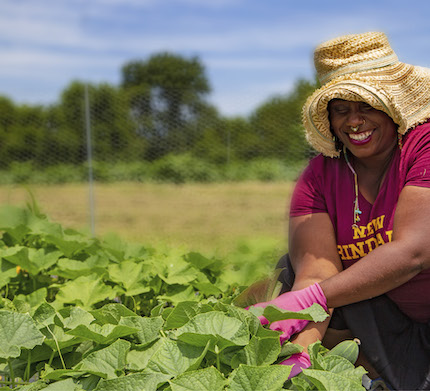 It has been almost two years since I began to deal more deeply with the issue of sustainable living. When I started, I did not think that researching sustainability would lead me to another interesting field, which was meditation, a topic I had already known to some extent. I would like to share the key steps of this exciting intellectual journey so that I can rouse or further your interest in both areas.

It is now generally accepted that human activity, especially in the last half century, has driven life on earth into an ecological crisis. Human activities have contributed to air pollution, freshwater and saltwater pollution; drastic loss of biodiversity, manifested, for example, in the whitening of coral reefs and the clearing of rainforests; soil destruction; and the spread of invasive species and new pathogens. Many ecologists and other scientists say that these ecological problems can be solved only with a significant change in the way we live.

But what kind of change should occur? What could be the solution to this huge set of problems? I’ve been looking for answers to these questions from multiple sources. First, I started to study the literature on the topic and read scientific journals and books. Because we are dealing with a very complex set of problems, these scientific works span a wide range of disciplines, from biology and ecology to social sciences, from economics to philosophy. Of course, this does not mean that I have become a polymath, an expert in every field – I’m a biologist/ecologist with a PhD in environmental sciences – or that these papers were written by polymaths, but that these works are generally the syntheses of the results of several disciplines through the collaboration of representatives of these disciplines.

In addition, I have turned to studies about traditional human societies that either survived or collapsed after the relatively small-scale ecological disasters they caused, as these societies can provide many positive or negative examples for us.

As a third source, I turned to the scriptures of Vaishnavism, or Krishna consciousness. From these Vedic scriptures one can get to know the basis of one traditional society – its philosophy, theology, and knowledge in all walks of life. I find much of it still applicable and practicable. These scriptures include the Bhagavad-gita and the Bhagavata Purana (Srimad-Bhagavatam). Of course, the scriptures of other religions also have answers to the above questions, but I haven’t yet researched them.

I found interesting results: virtually all sources emphasized that a widespread ecological (or other) disaster would liberate people from social atomization, where society is a collection of self-interested and self-sufficient individuals. They would have to live in collaborative autonomous local ecological communities, as most people lived before the nineteenth and twentieth centuries. The steps towards this social organization, including the creation of the right political, economic, and social conditions, could first begin on a small scale, organized locally from the ground up (in some places it has already started, like the farming communities of ISKCON). Later, with the emergence and consolidation of more and more such communities, the transformation could become larger – regional, national, and even international – while preserving each community’s local and ecological character. In these communities, from an early age people could easily learn environmentally friendly lifestyles and behaviors. It would be natural for them to always consider the carrying capacity of their environment in their activities, so as not to deplete natural resources and pollute the environment.

This transformation, however, would require not only political, economic, and social changes, but also a change in people’s worldview and value system. And this is where we get to the root of the problem. For the ecological crisis cannot be solved without solving a deeper crisis. The ecological crisis is just a symptom. The real crisis is a crisis of worldview and values. This is the root of the problem, and it is by going to the root that we can start eradicating the crises built on one another.

These and similar concepts in our subconscious make it very difficult for us to transition to environmentally friendly behaviors and lifestyles, join local ecological communities, or start to create them ourselves. The impact of these ideas may also explain why although since the 1960s many conferences have been held and many conventions and agreements have been signed by the world’s political, economic, and scientific leaders, none of these endeavors has brought about any significant change, since the basic paradigm has not changed.

How Religion Can Help

Because our worldview and value system are largely located in our subconscious mind and affect us from there, it is not easy to know them and change them. However, if we look at what is the most effective way to do this, we may discover that – for centuries, millennia, and up to the present day – the spiritual practices of religions have been dedicated to this goal, to changing people’s worldview and value system. And the essence of these spiritual practices is meditation, the continuous concentration of the mind.

The Bhagavata Purana contains a detailed list of thirty principles. It was interesting for me to realize that these principles are similar to those that sustainability scientists usually list as principles of sustainability. As an example, I list the four principles presented by András Takács-Sánta, head of the Human Ecology Department at Eötvös Loránd University (Budapest, Hungary):

In Vedic knowledge, the explanation for this similarity is that the principles revealed by God in the scriptures are in fact natural laws, like gravity or other physical laws, that may or may not be discovered by scientific methods. Natural laws cannot be ignored; otherwise we will get an unexpected result, such as a global ecological crisis.

From a sustainability perspective, at an individual level we can follow these principles by, for example:

At the individual level, following all these principles or gradually moving to follow them creates in our mind and our nearby environment favorable conditions for meditation. And if most people lived according to these principles in local ecological communities, then our wider environment would be peaceful, beautiful, and clean, providing ideal conditions for our lives and our meditation.

So, we can say that to meditate we must first be able to live in harmony with nature. This does not mean that until these ideal conditions are created we should not meditate, but rather that we must gradually make these changes in our lives as we meditate.

The Role of Meditation

Coming to the final stage of my journey of thought, I had to find the answer to the question, If the solution is meditation, what should its object be? I found an answer in the Bhagavata Purana, where we learn that there are several levels of meditation and they differ in the subject of the meditation. At each level, however, it is advisable to focus our attention on the Absolute Truth, God. The only difference is that at the beginning we should concentrate on God’s more easily understandable forms, revealed in various manifestations, and later on we can concentrate on His forms that are more difficult to understand. Below I will briefly introduce the subject of the first level of meditation based on the Bhagavata Purana. This is a worldview and a conception of God that are a right foundation for an environmentally friendly lifestyle, as I hope the following paragraphs will reveal.

At the very first level, one is recommended to fix one’s mind on the virat-rupa, God’s cosmic form. While God’s actual form is spiritual, the virat-rupa is a conception of God as the universe itself, the cosmos, which is a creation of His energy. It is an aid to meditation to counteract our atheistic tendencies. Accordingly, everything and everyone in the universe is a part of God, but He remains a separate, independent person. The parts within the universe form an organic system, like the body of any living entity. Therefore each component has a well-defined role, just as cells have certain functions in the body. In the cosmic form, the components remain alive and “feel good” when they serve the full form according to their specific functions. In exchange they receive everything they need from the cosmic form and can be satisfied with that, because they have a higher purpose than the accumulation of material goods: the service of the whole body, God.

This worldview and conception of God, which belongs to the first level of meditation and understanding of the Absolute Truth, also shares many similarities with certain principles and ideas expressed by contemporary sustainability authors. In András Lányi’s book Sustainable Society, for example, we read about the “ecosystem principle,” according to which the functioning of human society cannot be interpreted independently of the ecosystem of which it is a part. I can also mention here the Gaia theory of James Lovelock and Lynn Margulis, according to which the earth is like a giant living entity whose living and nonliving parts work together to create a self-regulating system to provide the living conditions for the entire system.

We can easily see that a worldview that regards humans as an integral part of the earth, or even of the universe, provides a value system that is the right foundation for building an environmentally sustainable lifestyle and returning to real communities.

The Bhagavata Purana also recommends, however, that besides this meditation we simultaneously perform the highest form of meditation because it can greatly accelerate our personal development according to the principles mentioned earlier (nonviolence, truthfulness, and so on). It is a mantra meditation consisting of the loud or soft chanting (recitation or singing) of the names of God. Religions may differ in which names of God people chant. The Vedic scriptures suggest the chanting of the Hare Krishna maha–mantra: Hare Krshna, Hare Krshna, Krshna Krshna, Hare Hare / Hare Rama, Hare Rama, Rama Rama, Hare Hare.

In short, through these steps I moved from sustainability to meditation, while making countless interesting discoveries.

Gowdy, John M.: Introduction: Back to the future and forward to the past. In: Gowdy, John M. (ed.), Limited Wants, Unlimited Means: A Reader on Hunter-Gatherer Economics and the Environment, XV–XXXI. Washington, DC: Island Press, 1998.

Polányi, Karl: The Great Transformation: The Political and Economic Origins of Our Time. Boston: Beacon Press, 1944.